According to the National Highway Traffic Safety Administration (NHTSA), drowsy driving resulted in 91,000 police-reported crashes, 50,000 people injured, and 800 deaths in the United States in 2017. In addition to the already high number of drowsy driving crashes cited by NHTSA, current estimates for annual traffic deaths attributable to driver drowsiness range from 2 percent to 20 percent. Although estimates may differ on the number or percentage of crashes caused by drowsy driving, sleep deprivation, fatigue, and drowsy driving are a critical traffic safety issues in the United States today.

The majority of drowsy driving crashes are caused by a driver experiencing a microsleep or actually falling asleep at the wheel. In addition to drowsiness, the effects of sleep deprivation include:

Drowsy driving research has found that time of day is the single most important factor contributing to fatigue and reduced alertness when driving and is the single best predictor of drowsy driving crashes. In fact, drowsiness episodes are 8 times more likely between midnight and 6am than during other times of the day. One study found that drivers are 20 times more likely to fall asleep while driving at 6am than at 10am. Long-distance truck drivers on overnight or early morning routes are more susceptible to the effects of sleep deprivation because of disruptions to their natural sleep patterns caused by working nights or long and irregular hours.

Additional sleep-related factors that may contribute to fatigue include how much total sleep a driver has gotten, what time the sleep occurred, and the quality of the sleep. In addition, environmental conditions (e.g., darkness, monotonous driving environment), underlying medical conditions (e.g., sleep apnea) and drug use (e.g., methamphetamine, drugs that cause drowsiness) may also contribute to fatigue.

In effort to reduce drowsy driving crashes in the trucking industry, the Federal Motor Carrier Safety Administration (FMCSA) instituted federal hours of service (HOS) regulations. The goal of enacting HOS regulations was to eliminate the type of drowsiness that can lead to crashes. Despite FMCSA’s goal of eliminating drowsy driving crashes, fatigue and sleep deprivation in the trucking industry continue to contribute to crashes every day.

Surveys of long-haul truck drivers indicate that a majority of drivers (65%) reported symptoms of drowsiness such as yawning, feeling drowsy or sleepy, and struggling to stay alert while driving and 13% of drivers reported actually falling asleep at the wheel. In fact, a 2013 survey of truckers conducted by the American Transportation Research Institute found that 66% of drivers indicated increased fatigue while driving as a direct result of the new HOS rules that became effective in July 2013.

The National Transportation Safety Board (NTSB) developed a scientific method for investigating fatigue in transportation incidents which allows human factors experts to reliably determine if a driver was fatigued at the time of the collision and if fatigue was a cause of the collision. Figure 1 shows the NTSB method for determining if an operator (e.g., driver) was fatigued. The analysis includes evaluating the driver’s sleep/wake history, circadian factors, sleep loss/deprivation, and operator health. 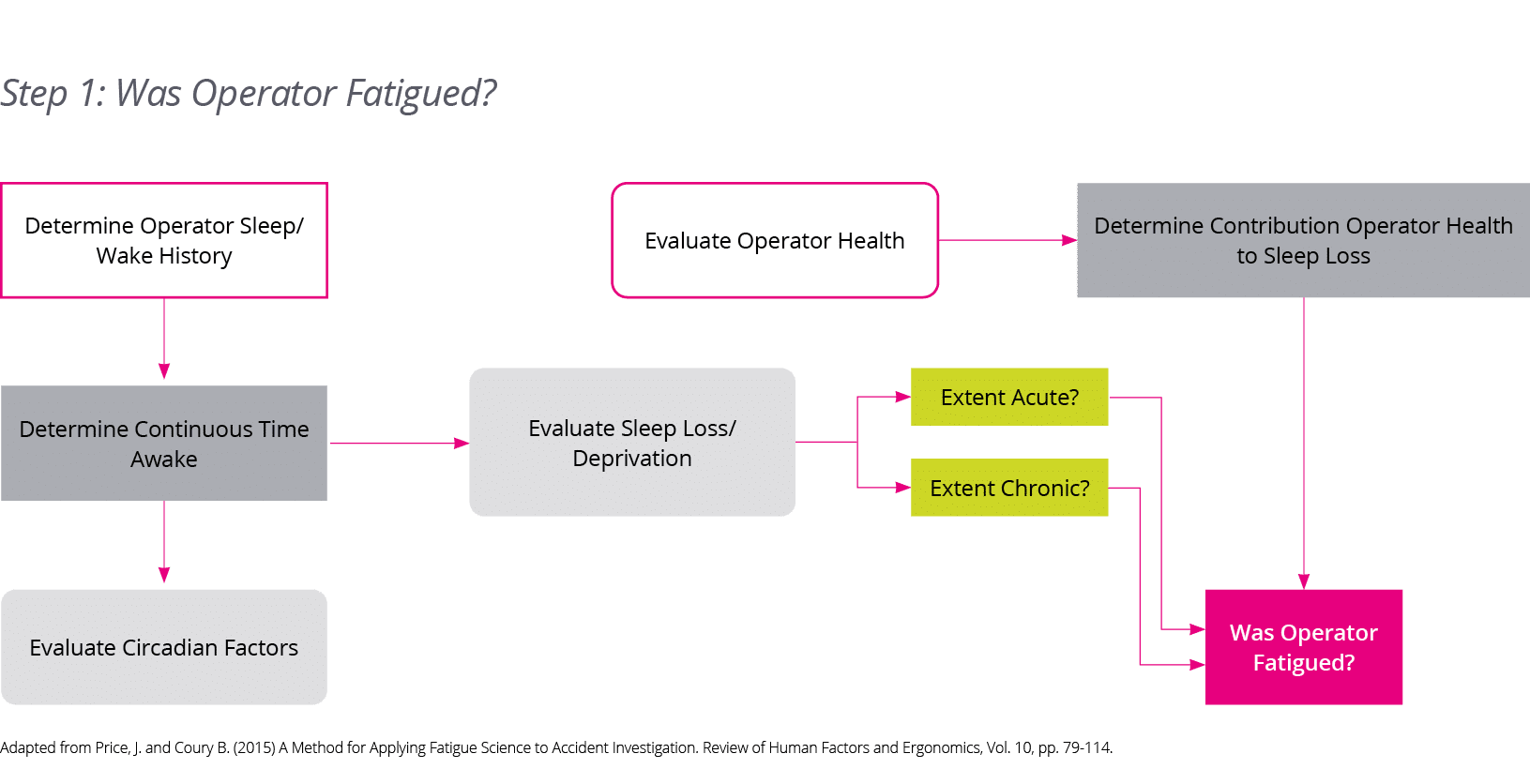 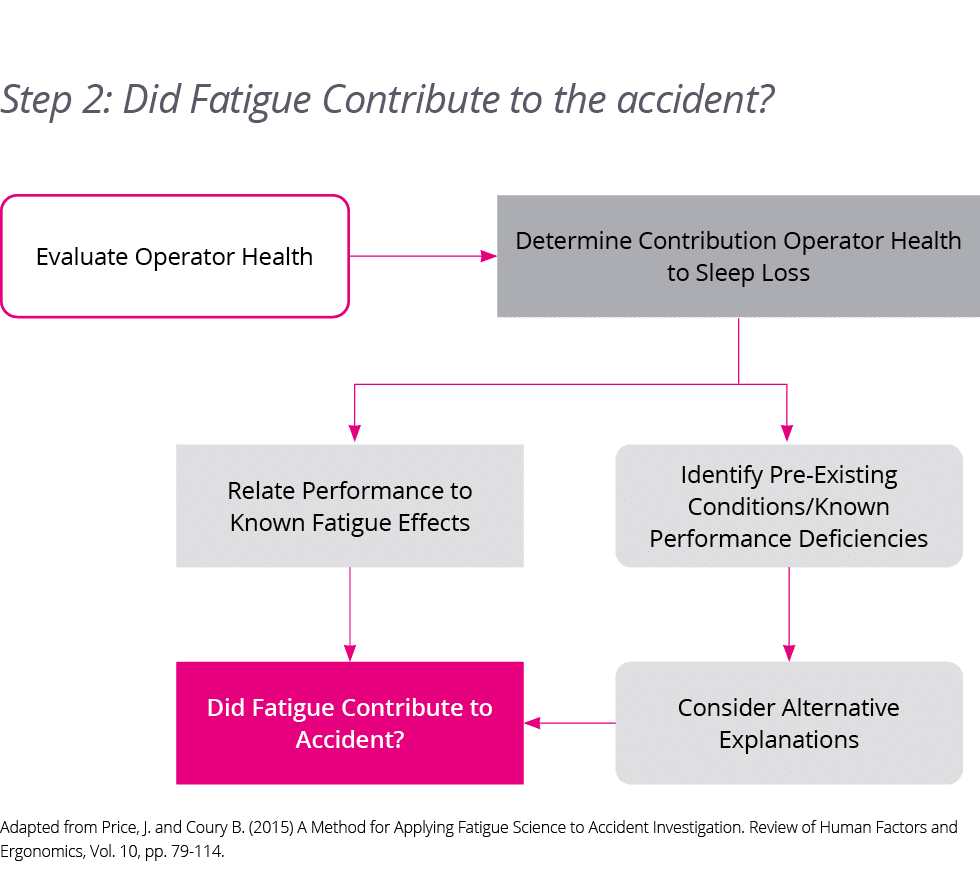 In summary, many factors contribute to drowsy driving. The effects of drowsy driving on safety are devastating and are likely to continue to be a major safety issue for the foreseeable future. Lastly, these types of crashes are not limited to the trucking industry. All drivers are subject to the effects of fatigue and sleep deprivation with equally dangerous consequences for the driving public.

If your case involves drowsy driving, email or call Dr. Nancy Grugle at 720.879.1162 to discuss how fatigue or sleep deprivation may have played a role in the collision.

Our forensic experts are leaders in their respective fields. They are accomplished scientists with proven track records of achievement in research, teaching and industry.